From the pen of an established voice actor, Kaji Yuki, known for his many roles in controversial works such as Eren Jaeger from Attack on Titan, Meliodas from Nanatsu no Taizai, Todoroki Shouto from Boku no Hero Academia, the book Itsuka Subete ga Kimi no Chikara ni Naru has called for a reprint on its second day of release, following with a 3rd reprint yesterday on the 15th. 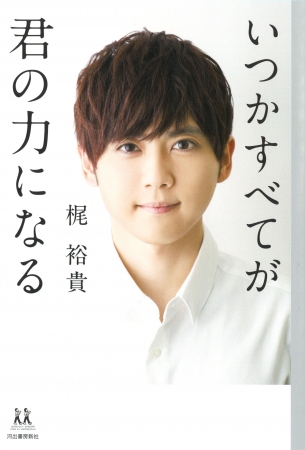 Chapter 2: What it means to pursue a dream | 夢に向かって進むということ

Chapter 4: The meaning of professional | プロフェッショナルとは

Chapter 5: In order to continue being chosen | 選ばれ続けるために

Kaji-kun’s book, 『Itsuka Subete ga Kimi no Chikara ni Naru』was really good. On top of his views of life and his views as a voice actor, it was very interesting to read about the differences between live-action actors and voice actors. Speaking of which, in the bookshop I (Ishiguro) went to, for some odd reasons this book was placed in the Foreign Literature (海外文学) section, could this perhaps be foreign literature…? (^^;;

Kaji-san’s publication of 『Itsuka Subete ga Kimi no Chikara ni Naru』benefited me a lot not only as a voice actor, but also as another human being! It goes without saying for the people interested in this industry, but it would be great for even people who are not to read it too! I’ve been motivated greatly!

『Itsuka Subete ga Kimi no Chikara ni Naru』I became engrossed with it and read it all in one night at one go. Having finished reading it, my thoughts are “I’m somehow really excited.” Meeting the various Kaji-sans in his teens, his twenties, and his thirties, all of which galvanized me, giving me encouragement. Now I too am proud to be in this profession!! It was an awesome book!!!