SHIMONO HIRO & KAJI YUKI co-acts in the Japanese dubbing of FAMOUS IN LOVE – Bursting into laughter when asked “Who will you date?”

An ordinary college student, Paige, gets her big break after auditioning for the heroine of a hit movie, out of a whim to accompany her best friend. The drama which portrays her growth as a Hollywood actress – “FAMOUS IN LOVE”, will now be released in Japan on SUPER! DRAMA TV. The previously announced Japanese dub cast of the female leads being popular anime voice actresses, such as Komiya Arisa, Han Megumi, and Saito Chiwa, has drawn public interest to the dub lineup.

In the same way, the voice actors of the male leads have also turned out to be a spectacle. Playing the voice of the heroine’s roommate and best friend, Jake Salt, is the same voice actor of Kurusu Syo from Uta no Prince-sama, and an active seiyuu artist – Shimono Hiro. Furthermore, the dub cast of Rainer Devon is the same voice actor of Eren Jaeger from Attack on Titan and many other protagonists – Kaji Yuki. Although the two have co-acted many times, them playing love rivals is now drawing public attention. This time round, we have asked them about their impressions of the story.

Please tell us about the characters you are playing.

Shimono: Jake is a character who is aspiring to be a movie director, and has been taking up various challenges such as screenwriting and backstage directing in working towards that goal, but his efforts have not been rewarded. On top of that, even though he is aware that him and Paige share mutual feelings for one another, he does not take a step further. In the story, there are quite a few parts where he thinks “If only I’ve done that.” All kinds of characters will be appearing since the start but, it is about how Paige, a single girl, goes through dramatic changes, causing the people around her to change as well. I have no idea what will happen in the end, I myself am very curious to see how Jake will turn out. 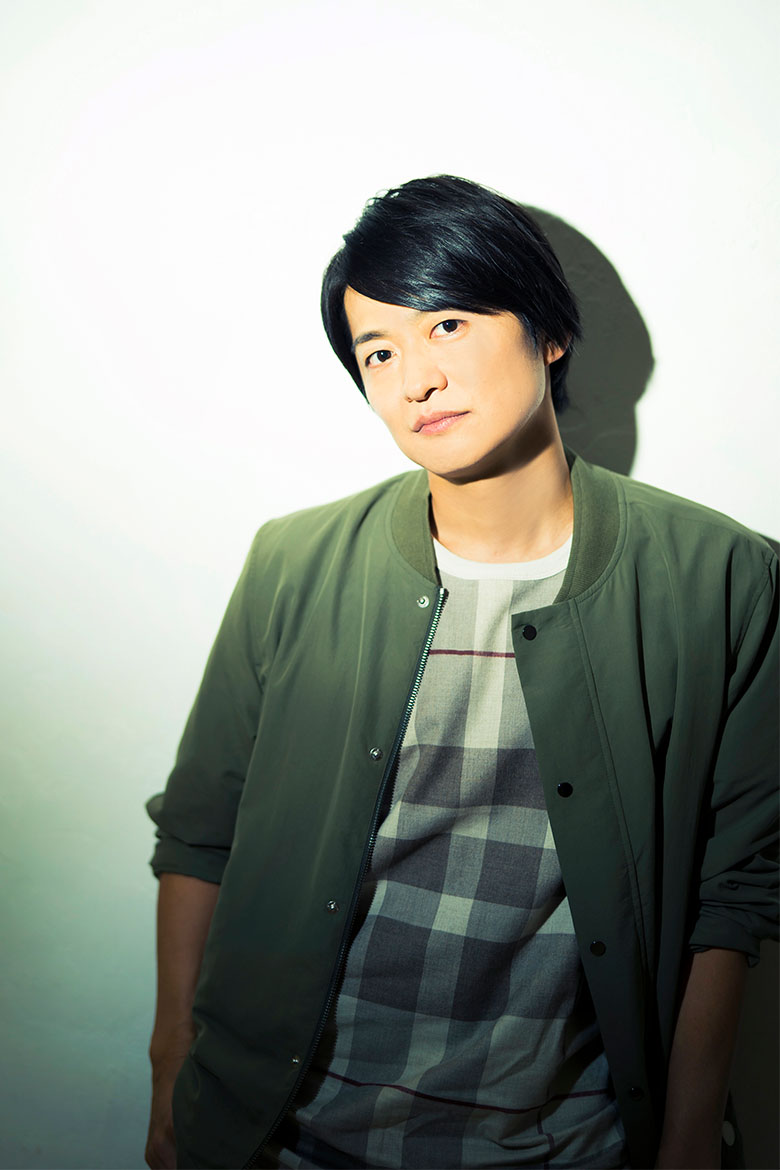 Kaji: Although Rainer is a character whose impression would change as the story progresses, he is physically attractive and has great communication skills, so I believe he has many elements that women will be attracted to. On top of that, he has superb acting skills, an influential family background with his mother being a famous Hollywood producer, yet at the same time he harbours problems with women affairs and alcoholism, possessing indispensable traits for a dramatic life. But as the story goes on, his innocent and lonely sides, and even how he’s slightly childish, will gradually become apparent. So it would be great if you could pay attention to such aspects of Rainer too.

Although Jake and Rainer are love rivals fighting over Paige, if you two were in Paige’s shoes, who would you date?

Kaji: Can I be honest here? Personally speaking, I wouldn’t want to date either of them (laughs)

Kaji: That’s true, Jordan is a good man. But, it also depends at which stage of the story she’s dating them. If we’re talking about the beginning of the series, Jake and Paige are roommates, they share an intimate relationship, and the story starts with Paige having feelings for Jake after all. On the other hand, it’s not just that she hasn’t met Rainer, but she was also hearing bad rumours about him, but then, when it gets to around Episode 5 and 6…

Shimono: It becomes a different story, doesn’t it?

Kaji: She begins spending more time with Rainer, and also, due to the roles they play in the movie, they often film and take lessons together. In that period of time, she starts to have a change of heart, and finds out about how he is surprisingly loyal.

Shimono: Jake has his own circumstances too. If a boy sees that the girl he likes is getting along well with another man, it’s no doubt that he’d feel jealous. He’s got quite a lot of issues with that. I even thought that he was older than me at first but, he’s actually still young, so it’s just that things are not going so well in his job yet.

Kaji: That’s why… I would rather wait and see how it goes for now (laughs)

What are your impressions of each other’s portrayal?

Kaji: It’s something that applies to myself too but, the actors look very much like “adults,” don’t they? Shimono-san and I have been acquainted for a long time, and we also know each other very personally… so I can’t help but think that he’s trying to act cool in some ways (laughs)

Shimono: I agree. But that can’t be helped.

Kaji: If it’s my own acting, I’ll have no choice but to get used to it but… even so, it does feel a little off, doesn’t it?

Shimono: In my case, I can’t get used to even my own acting though.

Kaji: It feels like my nephew made his debut… I guess? Although Shimono-san is my senior, it’s kind of an enigma why I would feel this way (laughs)

Shimono: Even if I know that he’s acting as Rainer, at times, I find myself reacting to the odds and ends of certain lines and nuances, thinking “Ah, I can see Kaji-kun in this.” Talking about this can be kind of embarrassing, isn’t it?

Kaji: At the start, Jake was also a really kind and nice man. I thought that Shimono-san is exactly like him in that sense. But, unlike Jake, Shimono-san has been a nice person all these while. But who knows, when we get to around Episode 7 of the “Life of Shimono Hiro”, you won’t suddenly change, will you?

Shimono: I can’t spoil that now so I’ve got to save the fun until you watch it! But, Kaji-kun’s star-aura is totally being expressed through Rainer too.

Kaji: You’re just trying to find something to say, aren’t you? (laughs)

Shimono: Not at all. Isn’t Rainer quite an unpleasant guy according to his character setting? But, I believe that it’s partly because he’s being dubbed by Kaji-kun that I don’t feel that.

Check out the Japanese dub PV (Starts around 0:27):

One thought on “[FAMOUS IN LOVE Interview] Shimono Hiro & Kaji Yuki as the Japanese dub cast – “Who will they date?””