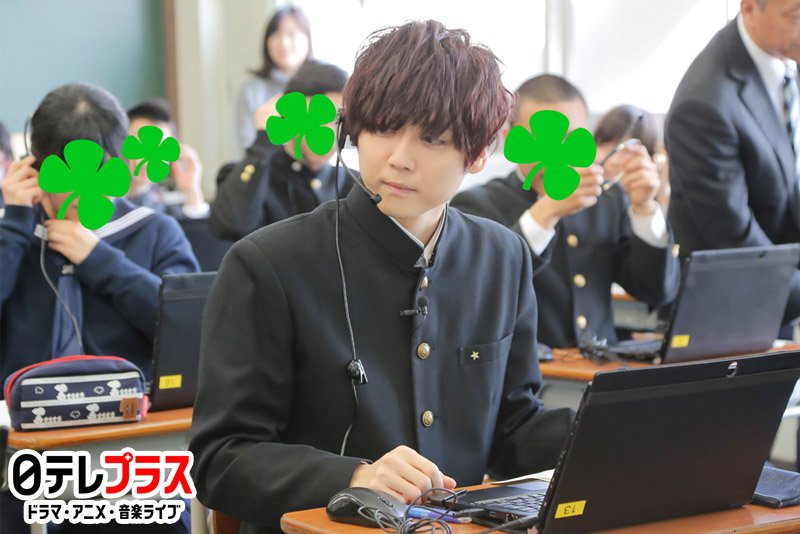 TN: I noticed a number of spelling typos, so I’ll correct it and update it soon.

To commemorate the 1st year anniversary of Kaji100, Kaji Yuki sets out on a challenge that is a little more special this time ー experiencing middle school life again. Although there are no guests this time, watch Kaji mingle among the students in Mukaihara Junior High in the last week before their school is shut down. The episode includes a special corner this time: Emergency Kaji100 Meeting, in which we catch a glimpse of the real behind-the-scenes of the production team creating Kaji100. Enjoy Kaji’s chemistry with the staff members, and of course, watch him revert to middle school and his interactions with other students!

Back from a half-a-year hiatus! Rejoice! I’ll be resuming monthly subs of Kaji100, although that might change when we hit Episode 25 (in which the program undergoes a 2nd renewal for their 2nd year anniversary, including a length extension to 90 mins/ep). This episode has put lots of smiles on my face, but pardon the sloppiness as it’s been a while since I’ve subbed a long full episode.

Mentioned in the episode: